Pip Chodorov, a dear friend of Jonas and devoted member of “the Gang.” 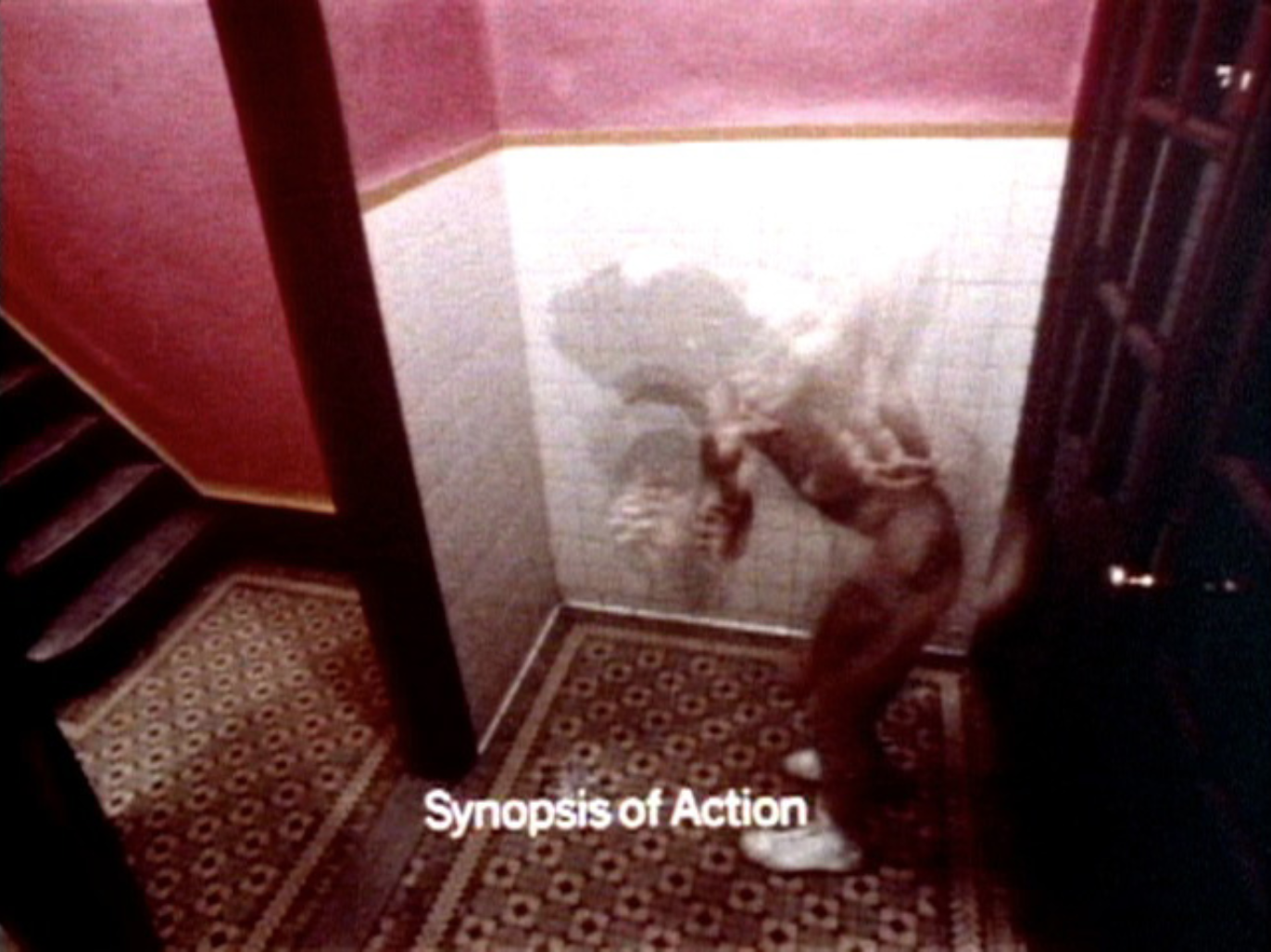 This month’s program is curated by Pip Chodorov, a dear friend of Jonas and devoted member of “the Gang.” He is founder and director of Re:Voir, a Paris-based company that publishes and distributes DVDs of classic and contemporary experimental cinema. Their catalogue includes over seventy titles: films from the Dadaist, Surrealist and Letterist movements, films from the American avant-garde, diary films, arthouse features, animated works and hand-painted films. He has recently released an 8-disc Jonas Mekas box set, available on both DVD and Blu-ray.
The program includes 16mm work by Ken Kobland, Peter Rose and the late Takahiko Iimura – who sadly passed away this late July.

“The three 16mm films that make up this program are themselves composed of episodes. Peter Rose’s The man who could not see far enough (1981, 33 min) is in five parts, a series of tableaux that evoke the act of vision, the limits of perception and the rapture of space. Ken Kobland’s Vestibule (1978, 22 min) is in three parts, exploring an urban space and a meditation on time, an intersection of memories and fantasies. Both films are also virtuoso experiments in optical printing, Rose using frames in the frame to describe a multiplicity in space, Kobland slowing and superimposing gestures to describe a palimpsest in time. The third film is a series of experiments by Takahiko Iimura, who also approached the act of filmmaking in the late 1960s as a self-referential meditation on the camera’s ability to see, and on the space and time of the film image. I am excited to see these three films projected together and complementing each other.”