Exhibitions: Tales Told From Fold Out Chairs & in heaven’s wakanda 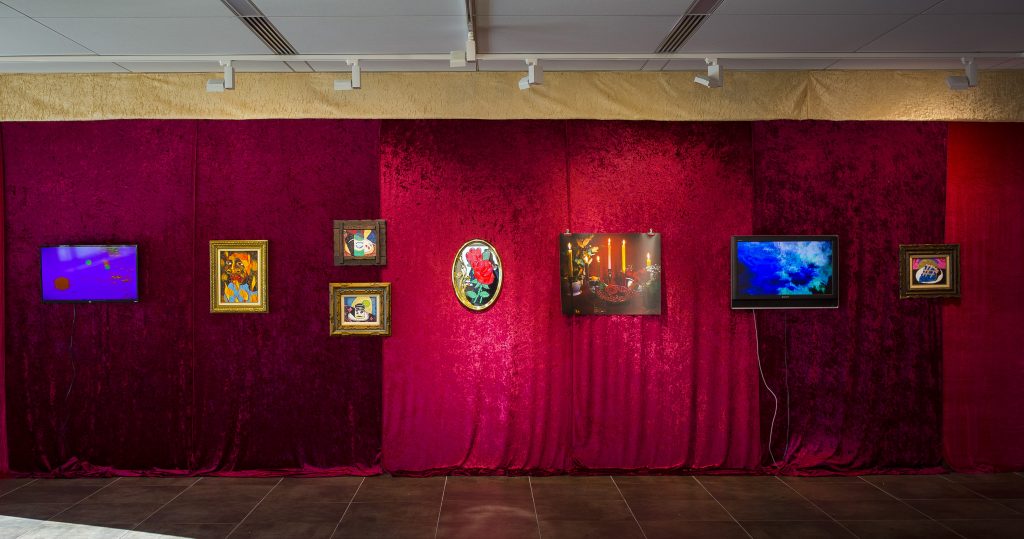 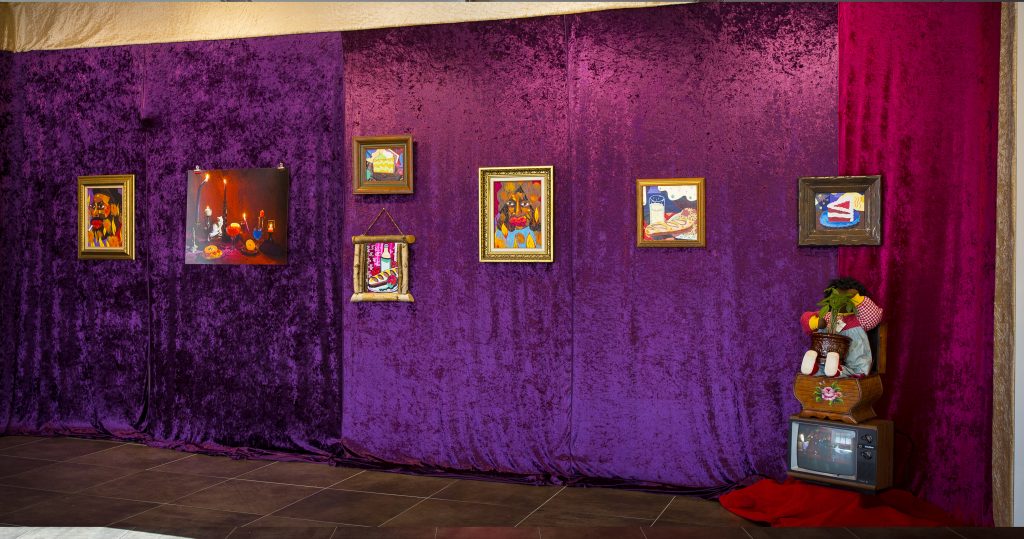 Tales Told from Fold Out Chairs by Azikiwe Mohammed

The place where we tell a tale from is as important as the words spoken in it — as a tale told sitting sits differently in the mouth than one told otherwise. It has more space to rattle before sneaking out. It is rooted in the ground where all of the legs rest upon. Rested words carry more weight, rested words travel farther. And for tales told of unrest, the rested word is the strongest answer.

in heaven’s wakanda by Rashad Wright

so i had this dream, right and in the dream well first off us blk people don’t usually live long enough to have

dreams but i had this dream, and i know it’s a dream because i’m with my cousin, definitely a dream since

he’s in jail. he killed these two guys but in the dream they’re there with me and him and we’re just running

around like kids playing so late that the streetlights haven’t woken up. and in the dream i have no idea where

and in heaven’s wakanda, everyone says “wow i can’t believe it’s not meat.”

in heaven’s wakanda, ojay doesn’t put the glove on

in this heaven my father can still play basketball, the way he did before they put pins in his knees in this

heaven my dad can hold a ball up to a night sky as if it was his only sun.

here scorpios have their own heaven (everyone else calls it hell)

in heaven’s wakanada, everyone speaks their own language

here, snakes have wings, we call them dragons

game of thrones only has seven seasons

in heaven’s wakanda, there is no “cash me ousside” girl

everyone dances (on beat) popcorn comes with a seat

people swim in the hudson without contracting diseases without names

there aren’t any dreams in this heaven, or at least not american ones

you are the dream

in here, heaven has nothing to do with religion

in heaven’s wakanda everyone tells their children “i was the coolest kid in high school,”

in heaven’s wakanda that isn’t a lie

that girl still has a voice. that girl is gold whether or not anyone is watching. her skin isn’t rust, her time

doesn’t run out. it runs on and on and her name is whatever she says it is, her name is a song she’ll decide if

you can sing it. in heaven’s wakanda she doesn’t die in a church, her name isn’t addie mae collins, or yuri

kochiyama, or cynthia hurd. in heaven’s wakanda she is heard loud enough to make lightning forget its own

thunder. no one’s rain leaves her eyes, in heaven’s wakanda her face is a sky, she decides who flies or if she

wants hit a ball with a tennis racket

in heaven’s wakanda you keep you’re fists in its sheathe. that good fight you’ve been fighting ain’t so good no

under some cops neck, that inhale doesn’t confuse itself for gunsmoke, no exhale has to benchpress bullets

off of a chest, in heaven’s wakanda mike brown be out here shining so hard you’d think his breath was made

here we apologize, when we make mistakes,

every bronze medal thinks it’s made out of gold

we visit our parents because we all still have parents,

all still are children in some backyard

or on some porch eating a fruit snack that tastes like giggles and sprite.

no one says “its time to grow up”

in heaven’s wakanda we all decide that we’re made out of witchcraft and diamonds. no one tells their own

shine “i’d rather be blood and bones.”

no one trades in their freedom for gravity,

no one chooses fangs over wings, no one picks bills over change,

in heaven’s wakanda me, my cousin, and the two guys he shot are all on a blacktop playing basketball with

our grits, all got beats in our hearts, in heaven’s wakanda my uncle tells his heart to stop beating itself up so

bad, in heaven’s wakanda my mother has a day off, every-single-day, a moment, a day, right now doesn’t

have to end in 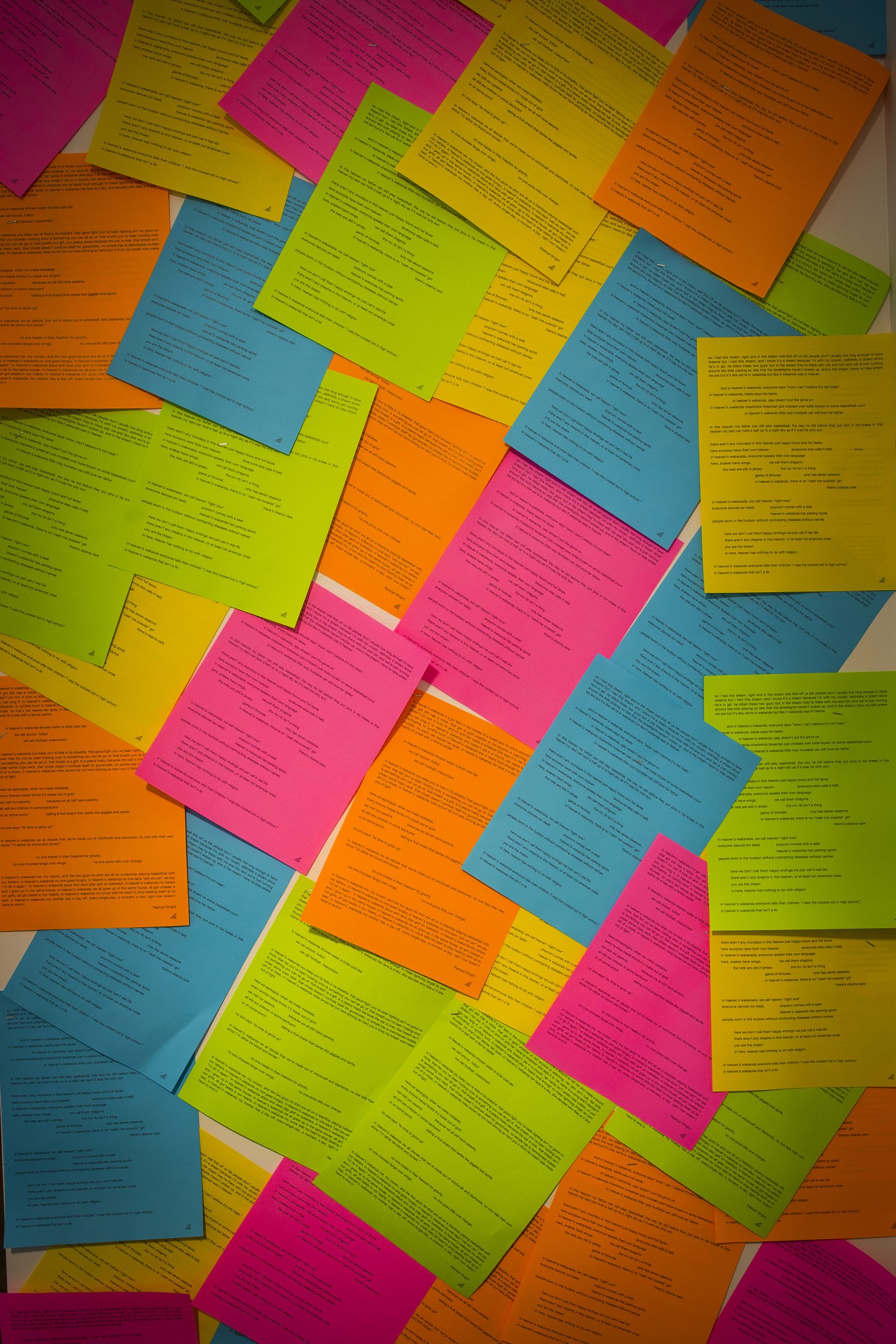 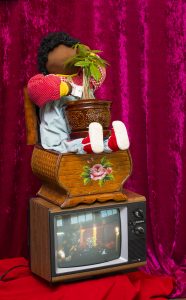 All images are courtesy of Roy Groething