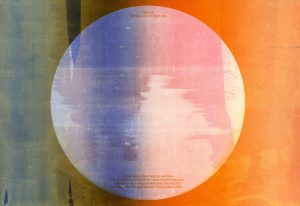 Jersey City, NJ  – Monira Foundation is pleased to announce The Twelve Theses on Attention, on view from May through July 2022. This exhibition is presented by the Monira Foundation in collaboration with “The Friends of Attention” (www.friendsofattention.net).

“True attention loves the real into existence” — declare the peaceful guerillas of the underground collective known as the Friends of Attention.  Working to devise, defend, recover, effect, and share forms of attention that defy commodification, the Friends seek friends (and allies) to “bring forth the astonishing reality of things and persons.” Formed in the wake of the 2018 São Paulo Biennial, this international coalition of artists, activists, scholars, and writers has led a series of annual workshops on “The Politics of Attention,” promoted community-based Attention Labs in New York City, and published a manifesto (“The Fuse; Its Refusal”) in October. The Friends of Attention have partnered with the Monira Foundation to create programming around the “Attention Economy” and draw attention to our attentional condition under the inexorable pressures of platform capitalism. Their new book Twelve Thesis on Attention (Princeton, 2022) documents their film at the 2021 Glasgow International, and lays out a radical vision of attentional worldmaking.

To celebrate the release of this important publication, the Monira Foundation will host a benefit exhibition of two hundred individually unique, handmade offset prints of the “Twelve Theses,” produced at the anarchist squat/atelier in Paris called the “DOC”, under the direction of French “Friends” Alex Balgiu and Quentin Julien-Saavedra. All proceeds to benefit the (non-profit) work of the Friends of Attention and the Monira Foundation.

Open to the public during Mana Contemporary’s open house, the show is also available to be seen by appointment.

This program is made possible in part by a grant from the New Jersey State Council on the Arts, a division of the Department of State, and administered by the Hudson County Office of Cultural & Heritage Affairs, Thomas A. DeGise, Hudson County Executive & the Hudson County Board of County Commissioners.

About The Friends of Attention:

The Friends of Attention are a loose, informal network of creative collaborators, colleagues, and actual friends who share an interest in “ATTENTION” — the puzzles and promises of the focused mind and the directed senses. The Friends emerged in the wake of the 2018 São Paulo Biennial, where many of us were involved in the “Practices of Attention” program that took place just a few days after the election of Jair Bolsonaro. Responding to an expanding sense of crisis, eighteen artists, scholars, and activists gathered in the summer of 2019 at “The Politics of Attention: Art, Time, Technology, Action”, where the nucleus of the “Friends” took shape in collective reading, writing, and interventions. There is no “membership” in the Friends. There are friends. For more information, email: friendsofattention@gmail.com.

Monira Foundation, an independent 501(c)(3) nonprofit institution, functions as a radical experimental laboratory, working in close collaboration with artists, curators, musicians, producers, and writers to conceive, realize, and present innovative projects in all media. Its aim is to spark, intensify, and promote an evolving cultural and social dialogue between creators, audiences, and institutions. Focusing on the unique potential of interdisciplinary work in a context distinct from the distracting pressures of academia and the market, Monira Foundation advances the practices and products of today’s foremost artists, amplifying their contributions to communities both local and distant.