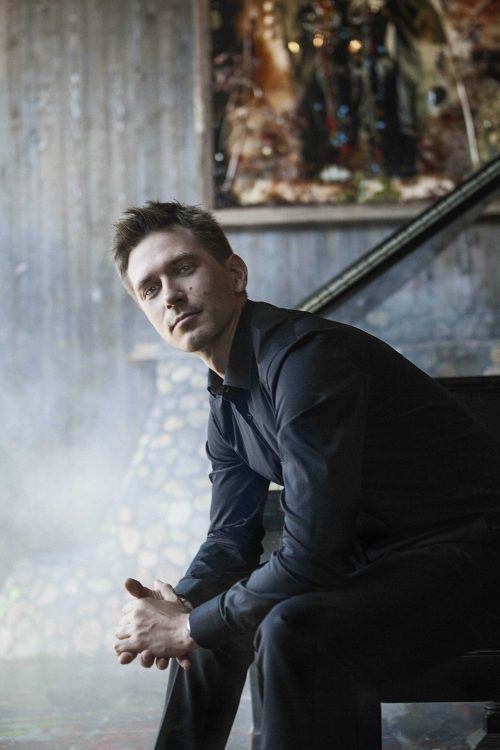 “The art of the piano transcription is alive and kicking – or, more accurately, alive and singing in the hands of Vyacheslav Gryaznov.”

Mahler. Adagietto from Symphony No 5, for the left hand (premiere)

Vyacheslav Gryaznov is the author of more than 30 concert arrangements and has gained a reputation as one of the most remarkable young arrangers working today. In 2014 Gryaznov signed a publishing contract with Schott Music. His recent engagements included solo recitals at Berliner Philharmonie, Carnegie Hall, Ehrbar Hall in Vienna, National Center for the Arts, Mexico City; and as soloist with the Atlantic Classical Orchestra, the Moscow Philharmonic in Russia, RTÉ National Symphony Orchestra in Dublin, Ireland, and the Dnipro Philharmonic in Ukraine. In 2019, he is performing in China, Australia, the United States, Russia, Ukraine, Belgium, Netherlands, Croatia, France. In 2018, he released a CD of his Russian Transcriptions on the Steinway & Sons label as a part of his 1st prize at New York Concert Artists Worldwide Audition (2016). Vyacheslav Gryaznov is a prize-winner of international competitions in Italy, Ukraine, Denmark, Georgia, Japan, and Russia (including six first and Grand prizes) and a frequent guest at international festivals, the pianist has toured in many countries of Europe, CIS, Africa, Japan, the United States, and throughout Russia. Vyacheslav Gryaznov graduated with honors from the Central Music School of the Moscow State Conservatory where he studied with Professor Manana Kandelaki. He proceeded with undergraduate studies at the Moscow Conservatory (class of Professor Yuri Slesarev), once again completing his degree with honors. He continued at the Moscow Conservatory as a postgraduate student, and was on the teaching faculty of the Moscow Conservatory’s Piano Department. In 2018 he completed Yale University’s Artist Diploma program under the Yale School of Music’s Professor Boris Berman. He is an Artist of the Moscow Philharmonic and is an Artist-in-Residence with The Drozdoff Society in the United States.