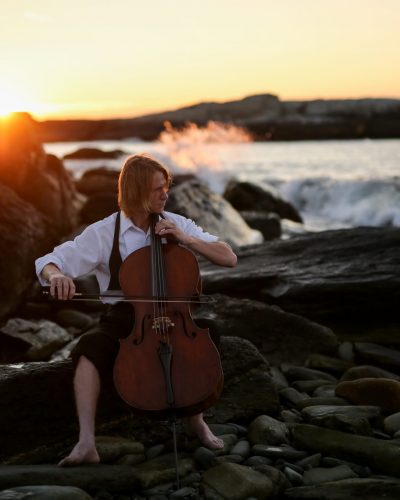 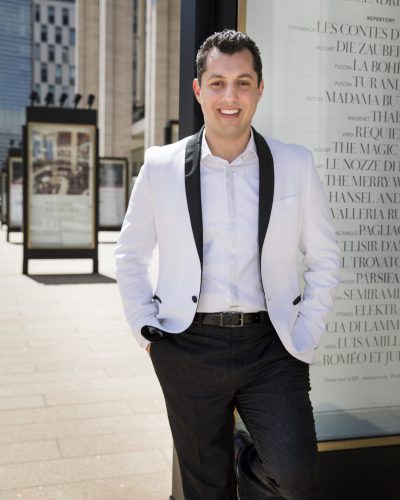 *Will stay active for 2 weeks to subscribers, a link will be e-mailed after ticket purchase

ARUTIUNIAN Impromptu for Cello and Piano

PIAZOLLA Oblivion for Cello and Piano

RACHMANINOFF Sonata in G minor for Cello and Piano, Op. 19

RACHMANINOFF Vocalise for Cello and Piano

DAVIDOFF At the fountain Op. 20 No. 2 for Cello and Piano

Cellist Sergey Antonov enjoys a versatile career as a soloist and chamber musician. Critics throughout the world have hailed him as “destined for cello superstardom” -Washington Post, “combining formidable technique and an incredibly warm, penetrating and vibrant tone to a romantic musical sensibility to create music – making of a highest caliber” – Budapest Sun. After one of the Newport Festival concerts in RI, a critic wrote “… a performance with soaring phrases and a tone to die for.” Sergey’s performance of the Elgar concerto drew the critic of the Moscow’s Daily Telegraph to write: “[he] is a musician who has his own inner space, where he submerges himself from the very first sound…who turns each phrase, every deeply felt sound into an event of his own inner monologue. The theme of this monologue is existential suffering; a change of intricately noted emotions, directly related to the unexplainable condition known as Spiritual Life.” A Canadian critic wrote: “Antonov conveyed …a world of expression from plaintive hope to existential pathos.”

One of the recent reviewers wrote,  “ No virtuosic challenge is more than his equal.”After winning the Gold Medal in the 2007 International Tchaikovsky Competition in Moscow, Russia, Sergey has been touring extensively throughout Europe, Asia, North and South America performing in halls ranging from the Great Hall of Moscow Conservatory to Suntory Hall in Tokyo. He has collaborated with musicians such as Denis Matsuev, Bernadene Blaha, Kevin Fitz Gerald, Ekaterina Mechetina, Harve A’ Kaoua, Carl Ponten, Dora Schwartzberg, John Lenehan, Colin Carr, Cynthia Phelps, Martin Chalifour, David Chan, among others, as well as his permanent piano partner Ilya Kazantsev. The duo has recorded several CDs of traditional cello-piano repertoire as well as their own transcriptions, recorded in their CD album Elegy.

Sergey is a member of the acclaimed Hermitage Piano Trio with Ilya Kazantsev and violinist Misha Keylin. In addition to being the 2007 Tchaikovsky gold medal winner for cello, Antonov has been a recipient of the 2008 Golden Talent Award by the Russian Performing Arts Foundation as well as garnering top prizes at the Justuz Friedrich Dotzhauer Competition, Germany, David Popper International Cello Competition, Hungary, American String Teachers Association in Detroit. His chamber ensemble performances have also brought him honors from the Lyrica Chamber Music Series as their “Young Artist of the Year”, and First Prizes from the Chamber Music Foundation of New England and the Swedish International Duo Competition.

Antonov collaborated with such maestros as Vladimir Spivakov, Dmitry Sitkovetsky Yan Pascal Tortilier, Mikhail Pletnev, Maxim Vengerov, Oue Eiji, Yuri Simonov, Christopher Zimmerman, Uri Bashmet,  Jonathan McPhee, Yuri Botnari, Alexey Shabalin, among many others. He has made his conducting debut in the spring of 2014. Sergey frequently gives master classes to solo cellists and chamber music groups in colleges and universities throughout the world.

Born into a family of cellists, Sergey started playing cello at the age of five with his mother, Maria Zhuravleva, as his teacher. She has recently become the recipient of the National 2014 Teacher of the Year Award of Russia. He has studied at the Central Music School and has graduated from the Moscow Conservatory where studied under the renowned professor Natalia Shakhovskaya.

He holds an Artist Diploma from Longy School of Music in Boston where he worked with Grammy nominated cellist Terry King. While being a student at the Moscow Conservatory, Sergey was under the tutelage of M. Rostropovich. Sergey has appeared on Russian National Television in performances with the Moscow Philharmonic in their “Stars of the 21st Century” series, and in live concerts on Boston’s NPR radio station WGBH. His performances were also broadcast by NHK Japan. He lives in New York with his wife Nika and son Noah. https://www.sergeyantonov.com/