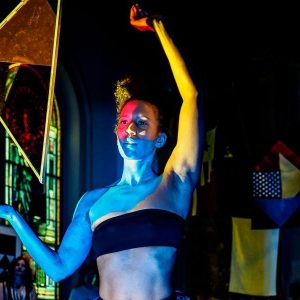 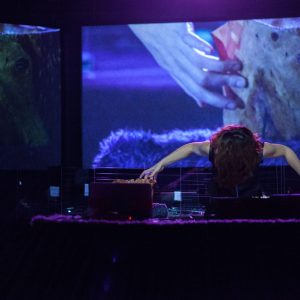 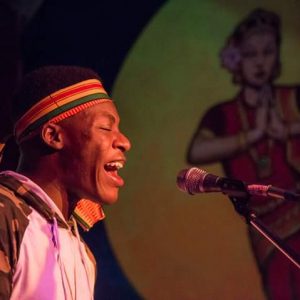 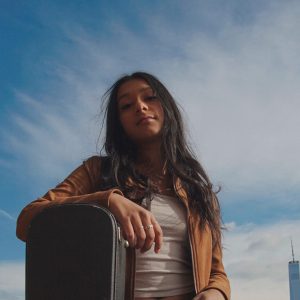 Miriam Parker is an interdisciplinary artist who uses movement, paint, media and sculpture/installation who lives and works in New York.Her work has been influenced by her experience as a dancer, her study of Buddhism and phenomenology, and her connection to the free jazz tradition. Parker is a CBA Fellow ’21 in collaboration with Marisa Michelson. She has performed in the Metropolitan Museum of Art, New York; PS1 MoMA, New York; The Fridman Gallery, New York; a residency at École Normale Supérieure, Paris; at the Every Women Biennial, New York; Survey Dover Plains, NY; at Vision Festival through consecutive years; the Satellite Art Fair, in Miami, FL; Clement Soto Velez Cultural and Education Center, New York; Whitebox ArtCenter, New York; a month residency at Governors Island in the House of Poetics curated by Cooper Union; among others.

Merche Blasco is a multimedia artist and composer based in New York. She designs and builds imprecise technological assemblages that catalyze embodied forms of live electroacoustic composition and new modes of listening. Through her constructed devices, Blasco attempts to establish a more horizontal relationship with other entities, distancing herself from parameters of precision, power, and control. As an alternative form of performance, she engineers collaborative spaces with instruments that are given their own agency, in compositions where her body and the live exploration of organic materials are central elements.

Blasco has presented her performances and installations at the Whitney Museum of American Art, Sonar Festival in Barcelona, La Biennale di Venezia, NIME conferences, Tsonami International Sound Art Festival in Chile, The High Line in New York, SONIC Festival, Mapping Festival (Geneva), Queens Museum of Art and the Museum of Contemporary Art in Santiago de Chile, among others. Her work has been featured in The New York Times, The Wall Street Journal, and The Wire magazine.

Rijah is a 17 year old singer/songwriter based in Jersey City, New Jersey. She is currently enrolled at High Tech High School as a Music/ Audio Technology major. She has constantly been surrounded by music growing up in a family full of musicians and artists. Some of her biggest inspirations include Allen Stone, Tori Kelly, Stevie Wonder, Amy Winehouse, H.E.R., and many more. She has drawn inspiration from all of these artists combining pop, r&b, and soul music to create her own unique style and sound.

The ArtLeadHER Foundation is a 501(c)3 organization that focuses on providing equitable and equal opportunities to women in visual arts.

Our mission is to combat gender bias and empower female artists and curators from around the world by creating opportunities for them to excel in the arts. At ArtLeadHer we also work with women and teenage girls who have been marginalized by society due to socioeconomic status to provide visual arts education, professional development, brand exposure, and the opportunity to exhibit their art work in prominent exhibition halls. ArtLeadHER was founded in 2017 by visual artist, author, singer/songwriter, television personality, and activist Mashonda Tifrere.