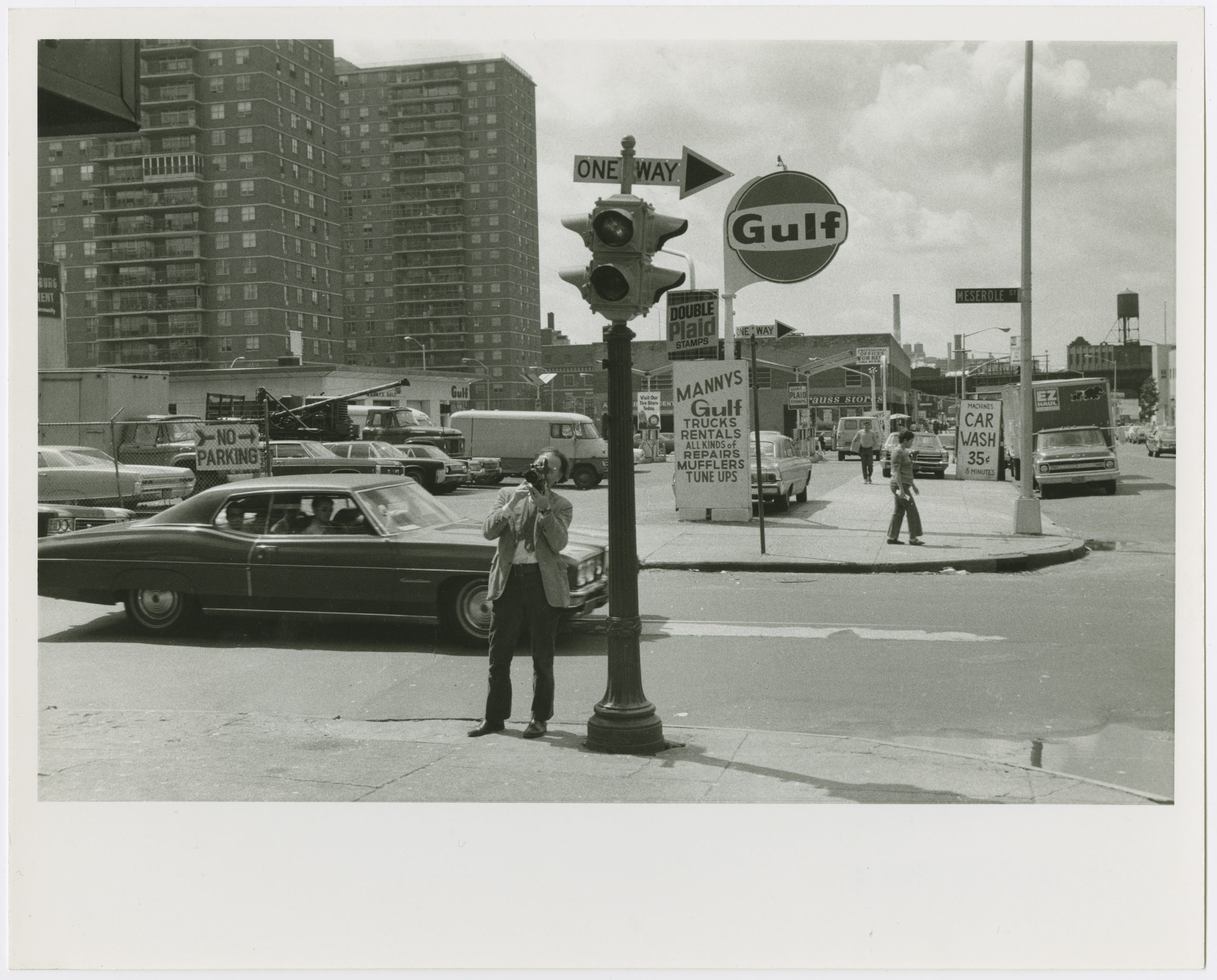 Jonas revisiting with his brother their first home in New York, where they lived together on the corner of Union and Meserole in Williamsburg, Brooklyn, from October 29 to November 1949. Photo: Adolfas Mekas, 1974.

Since March of 2020 Open Archives has send out a weekly digital release offering a glimpse into the personal archives of Jonas Mekas. Every item shared was selected by Sebastian Mekas, Director of the Jonas Mekas Studio, with the goal of keeping the studio practice alive and showing its long term relevance through its diaristic and meticulously cataloged collections of artwork, artifacts, and other materials.

An Open Archives presumes a veritable archive. That of Jonas Mekas comprises more than eight decades of collected material of the famed filmmaker, poet and impresario of the avant garde.

Widely recognized as one of foremost pioneers of diaristic cinema – a practice now soundly established with the near ubiquitous presence of YouTube, Tik Tok and Instagram stories and reels – more than that, Mekas also maintained a physical record of what he witnessed. A diverse body of material that spans from his departure from his native Lithuania and arrival in New York and early ‘50s encounters with luminaries of the Beat generation, to ‘60s censorship defiance that led him to jail and his case to the U.S. Supreme Court, and fast-forwarding, all the way up until the 2010s with his relentless writing, doodling, traveling and his embrace of all the new technologies of our present day.

The hundred or so items, presented publicly for the first time – photographs, manifestos and scribbles, poems and faxes, as well as clippings, tchotchkes and working tools – broadly expand the understanding of this cultural figure as well as the many decades of shifting Zeitgeist through which he moved.