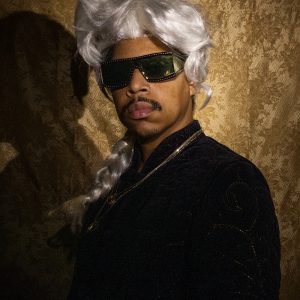 Azikiwe Mohammed’s artwork has been shown in galleries both nationally and internationally. A 2005 graduate of Bard College, where he studied photography and fine arts, Mohammed received the Art Matters Grant in 2015, the Rema Hort Mann Emerging Artist Grant in 2016 and a Rauschenberg Artist Fund grant in 2021.

He lives in New York and currently has his studio at Mana Contemporary.