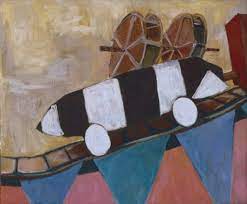 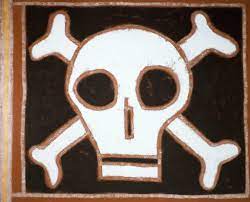 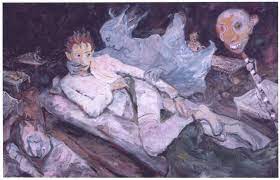 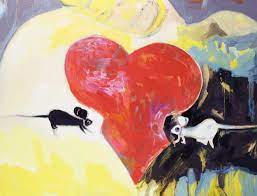 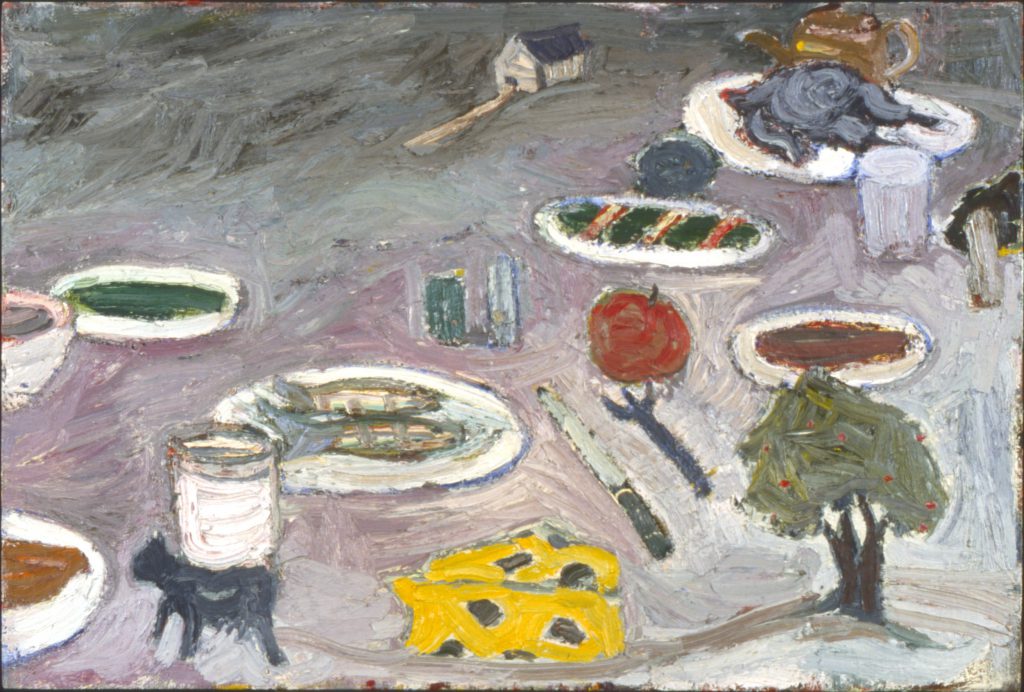 Francesco Clemente and Chuck Connelly in the Pellizzi Family Collections is a collection of thirteen works exhibited in the 5th floor gallery at Mana Contemporary Chicago. This is the second part to the series of exhibitions of Pellizzi’s collection. The first, which closed in January 2017, featured Julio Galán and Daniel Lezama, and the third will feature works by George Condo.

The exhibition is drawn from the collections of members of the Pellizzi family, and was collected by Francesco Pellizzi, who is an Italian anthropologist and art critic, co-Founder and Editor, since 1981, of the Harvard multi-disciplinary journal RES – Anthropology and Aesthetics (currently published by University of Chicago Press). Initially, his collecting practice focused on tribal art and artifacts and aspects of Minimal Art, then, as he started collecting works by emerging contemporary artists, he was especially drawn to the so-called ‘new image’ (or ‘Neo-Expressionist’) of the 1980s, some of whose work referenced mysticism, mythology, and both personal and communal history. These works also reflect close personal ties of Pellizzi to the New York City art scene of the last decades of the past century, when he naturally connected, and collaborated, also through some of his writing, with some of the most distinguished artistic personalities to emerge in that period.

“Of the five artists I chose for the present exhibition I felt that I and my immediate family, together, held a body of work representative of at least one important period in their career, and an early one. The idea was to present not so much one ‘art collection’, comprehensively, but rather distinct and parallel exhibitions of all the works, acquired in various ways, by five painters whose work and imagination interested me intensely, for a longer or shorter stretch of time, and each in his own terms. And so, Clemente, Condo, Connelly, Galán, Lezama. But why these five? It may be in part serendipitous, of course, as in so much art acquisition, and ‘art-showing’. But in thinking of them now gathered together here at Mana Contemporary, I am reminded that when Annina Nosei, who introduced me to Chuck Connelly and to whom I in turn introduced Julio Galán, asked me to write a catalogue essay for her first show of Galán’s work in N.Y., I called it “On the Border”: I was of course thinking of the circumstances—biographical, geographical, cultural, artistic—that particularly characterized the North Mexican artist, between Mexico and the US, and between his very personal auto-biographical and even ‘confessional’ inspiration, somewhat reminiscent of that of Frida Kahlo, and his more detached, even ‘playful’ post-Pop one, related to Andy Warhol and other American artists (e.g. Eric Fischl). A quarter century later I now think that perhaps, in a deeper sense, some of this ‘in-between’ quality may be seen as characterizing, in different ways, all five artists in the present exhibition: Clemente, whose imagination and imagery does not just stretch from Italy to India and the Americas—as I had occasion to note in my earliest writing about his work and his world (in 1986)—but is also somehow invariably immersed in representational ‘reflections’ of intermediate states of being, between the physical and metaphysical, wakefulness and dream, ‘body’ and ‘soul’, between Eros and Thanatos. Condo, whose vision could perhaps be called meta-real, always hovering somewhere between the lush and the grotesque, shows a penchant for recurring abstractness in tension with his astounding mimetic proficiency—and gusto. Connelly’s eerily playful world of off-scale contraptions—somewhere between the monumental and the miniaturized—are also like hallucinations on a fantastic reality, between that of toys (infancy) and the adult one of menacing weapons. Galán, once again, always seemed precariously perched between life and death, as if speaking back and forth from one side of the Great Divide to the other, affirming it and negating it at the same time. Finally, and more recently, Daniel Lezama, who is not only half-Mexican and half-American, hence somehow constitutionally in-between two identities, infuses his mastery as a ‘painter’ of Mexican ‘mytho­logy’—both aulic and demotic, trans-national and infra-national—with disquieting echoes of ‘imperial’ (and colonial) artistic traditions, as if between ‘time-past’ and ‘time-present’.”

—An edited excerpt from the introduction to the catalogue, Clemente, Condo, Connelly, Galan, Lezama by Francesco Pellizzi, 2015