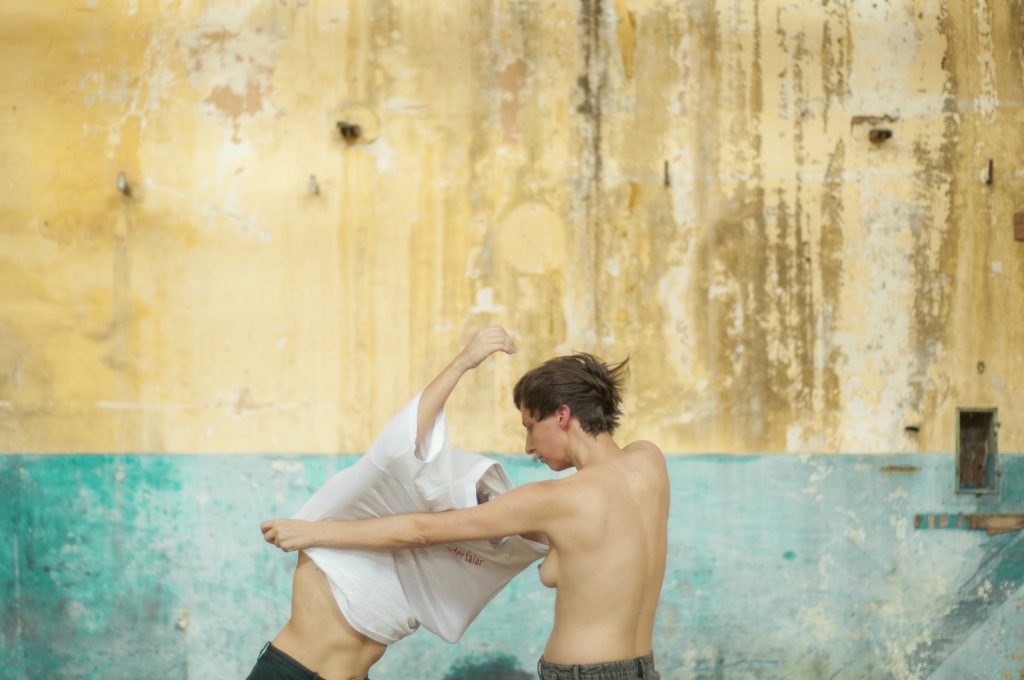 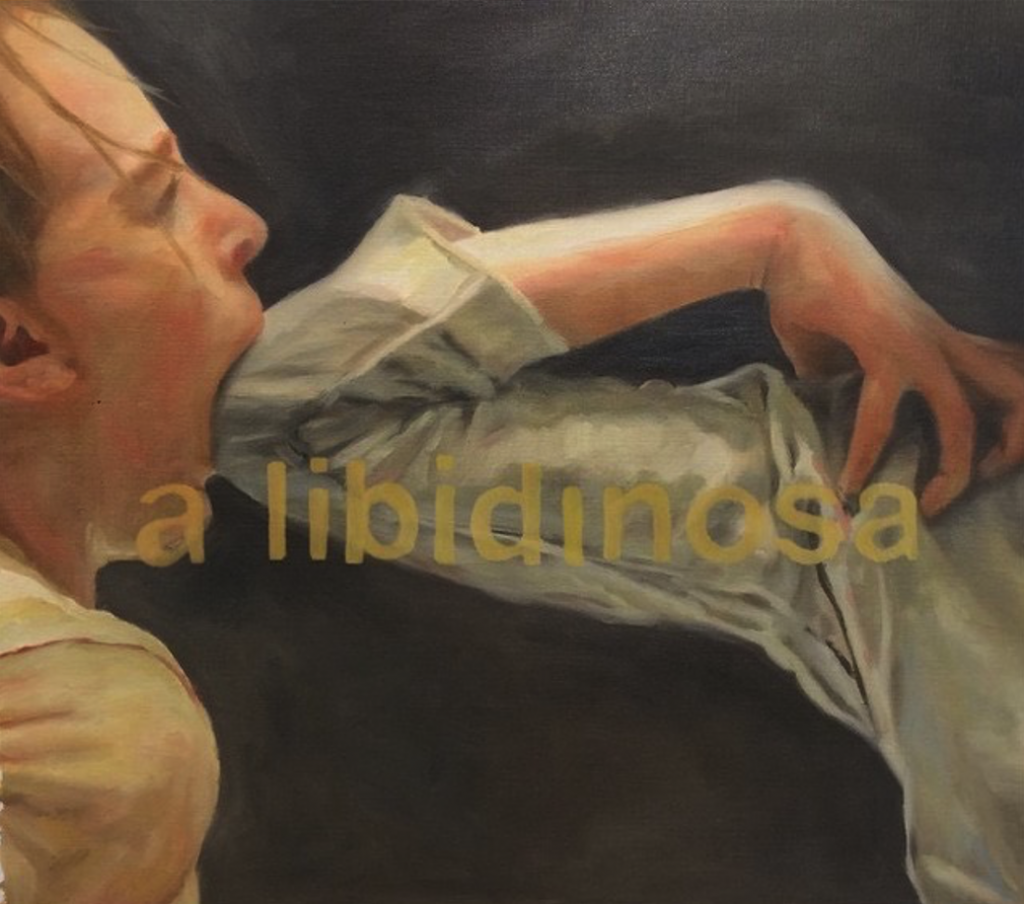 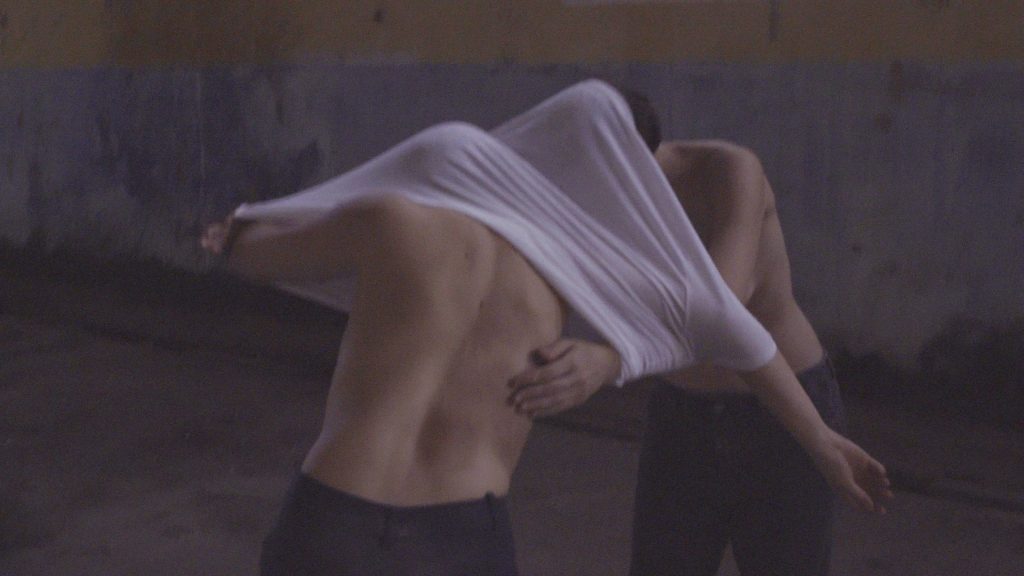 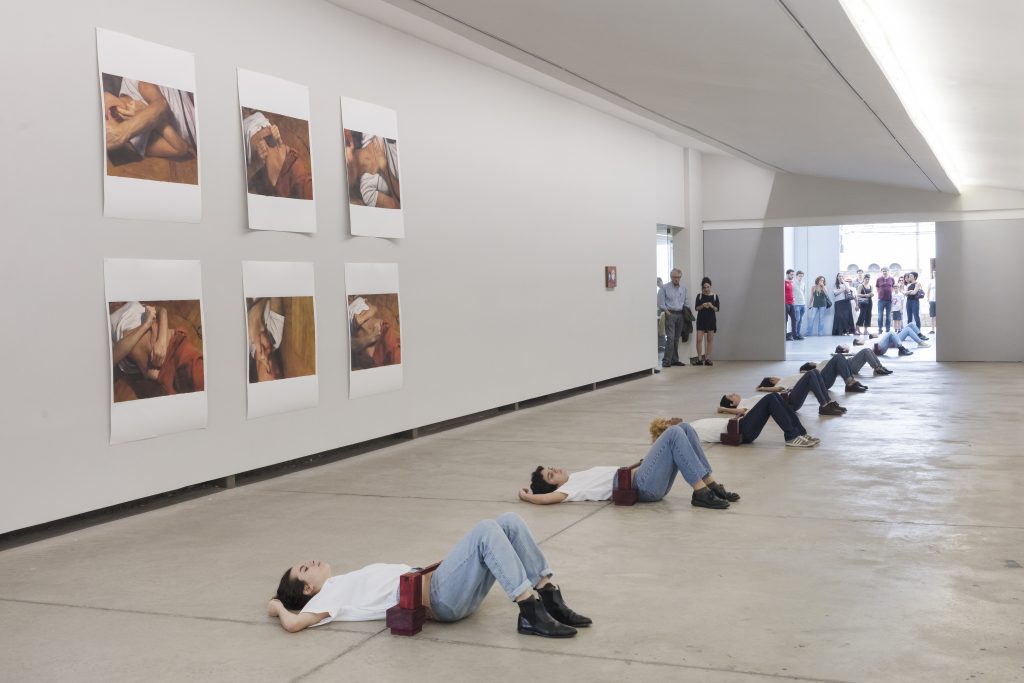 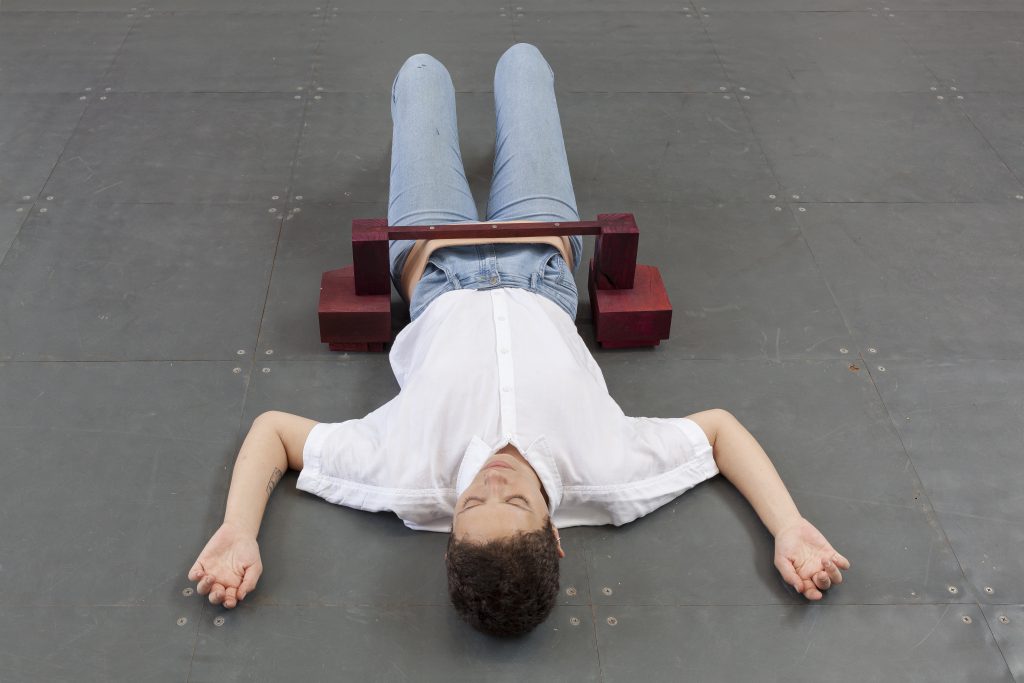 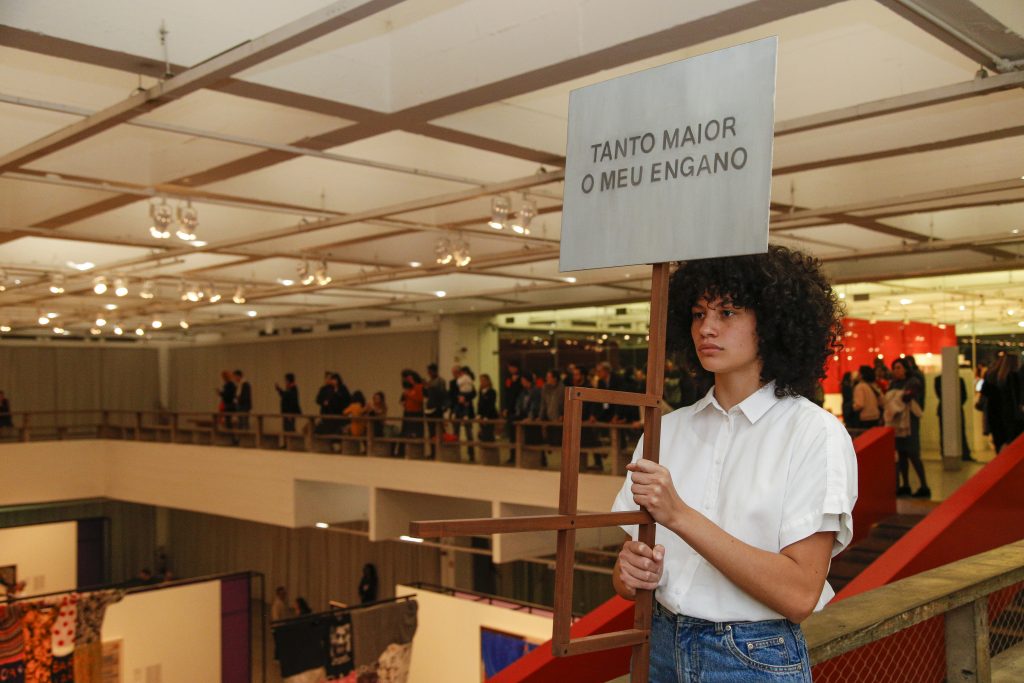 Since 2005, Regina Parra, through painting, performance, video, and installation, has explored the tension between oppression and rebellion. Her early research focused on colonialism and the lasting injustices of patriarchy and capitalism, producing works that ask the viewer to rethink official narratives by focusing on the marks left on those who have been forgotten, subjugated, enslaved, and exploited.

Born in São Paulo in 1984, Parra holds a Bachelor’s degree in Fine Arts and completed a Master’s in Art History under the guidance of curator Lisette Lagnado. Initially, Parra graduated with a degree in theater and worked for renowned director Antunes Filho as his assistant director until 2003. A connection with the performing arts, especially with Greek tragedy, is present in her work as a visual artist.

More recently, the body took on a more central role and she opened new investigations in a search for movements and gestures approaching dance as opposed to the immobility of her own body. Her focus centered on woman’s social body, as a place of affirmation and potential power. Female bodies are perceived as vulnerable and fragile, but Parra seeks to turn this assumption around through a process of reconstructing and adapting bodily movement to limitation. Parra’s work speaks of veiled, historical violence in relation to women.

In 2020, she was selected to The Watermill Center Residency Program. And, in the previous year, she was part of the Annex_B Artist Residency, New York. Parra also participated in the Residency Unlimited Program of 2018, in New York.

She was awarded the SP_Art Fair Prize, the Joaquim Nabuco Foundation’s Video Award, as well as The VideoBrasil Prize. Parra was also nominated for the Emerging Artists Award at Cisneros Fontanals Art Foundation.

She lives and works between São Paulo and New York