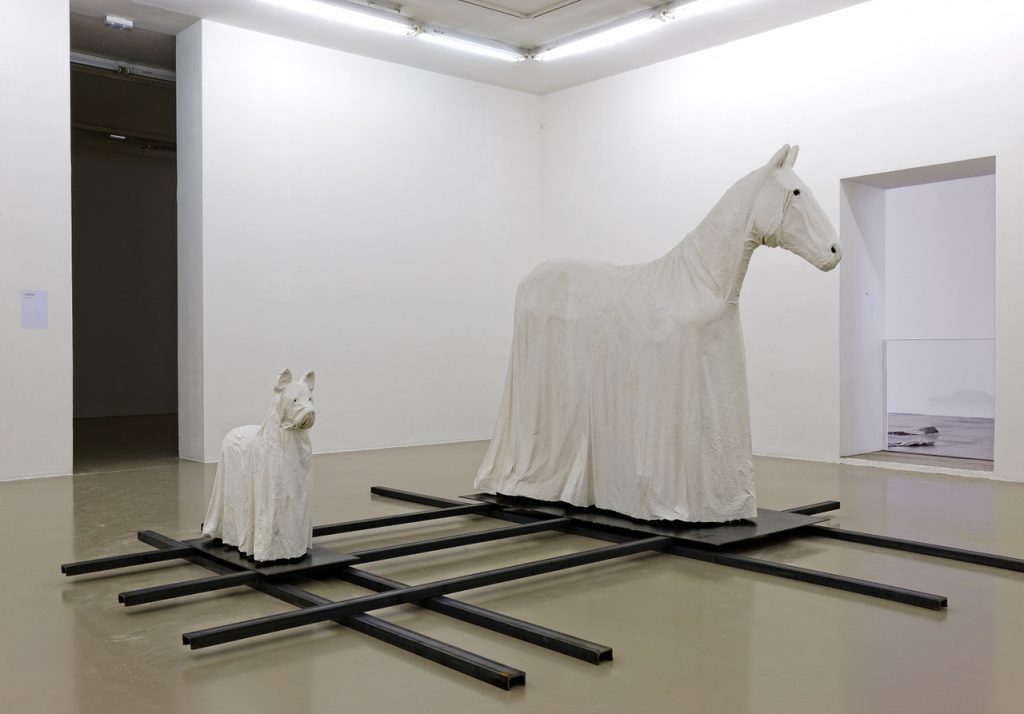 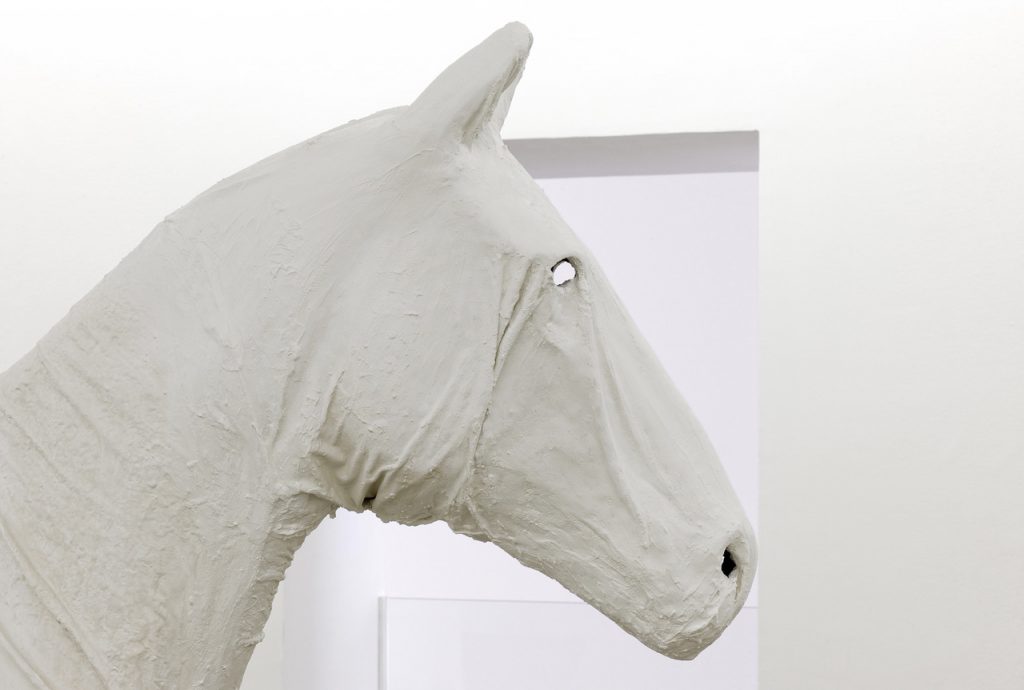 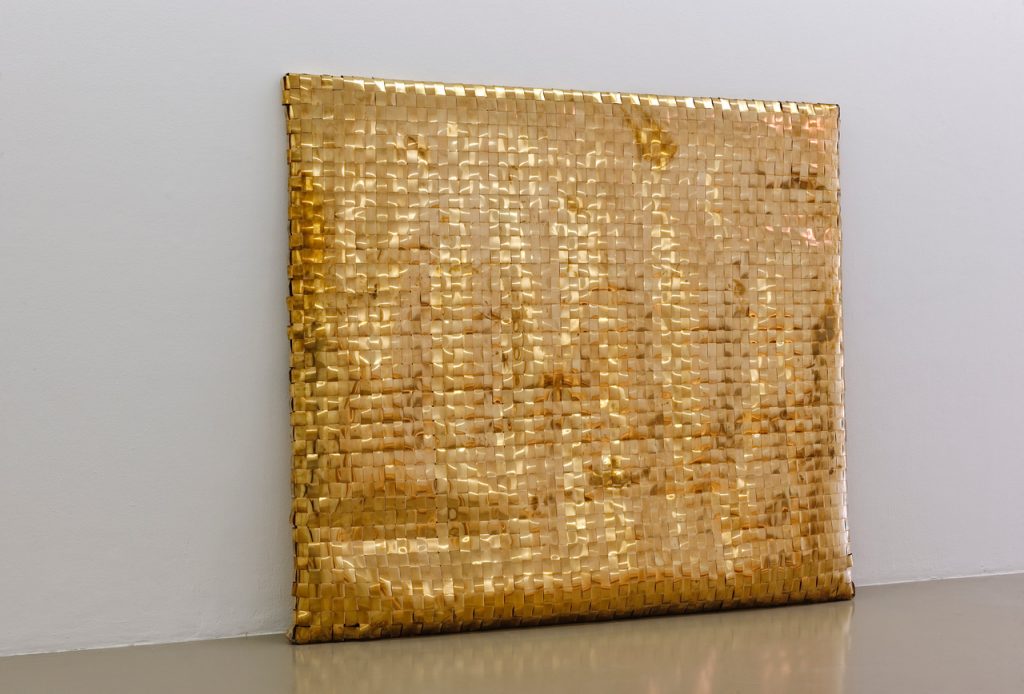 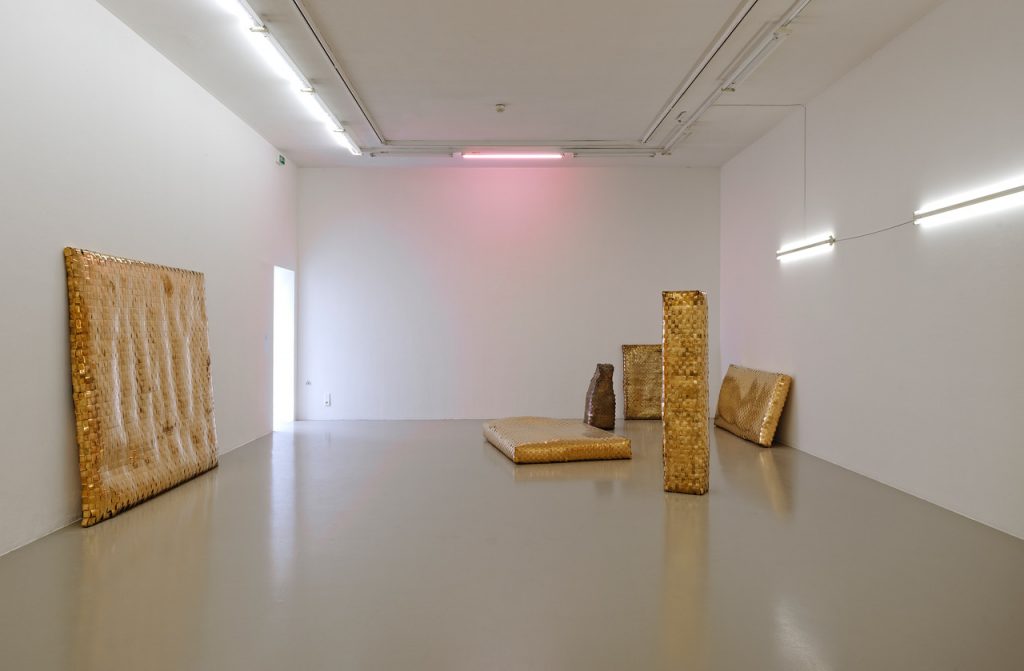 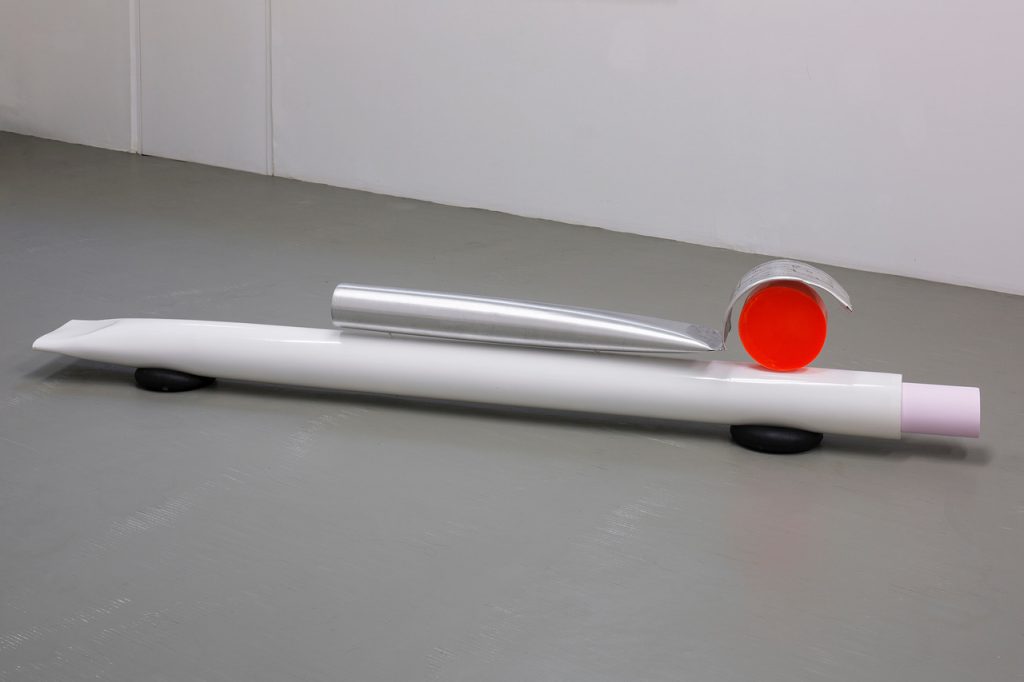 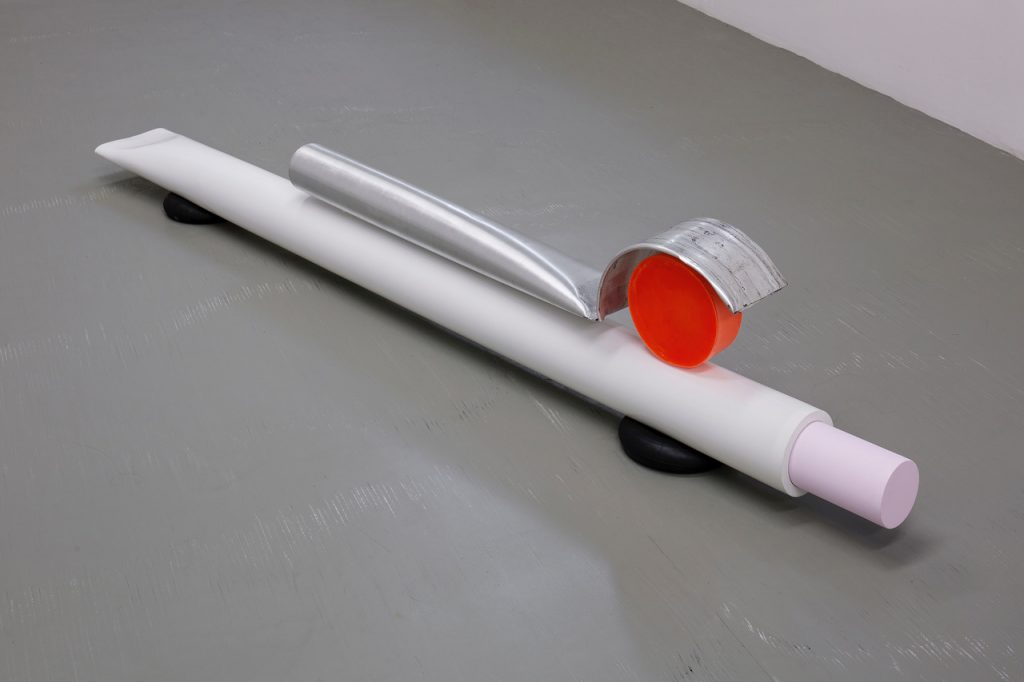 The Hunter, the smoker and the critic. 2019. Wax, metal, aluminium, tire and paint. 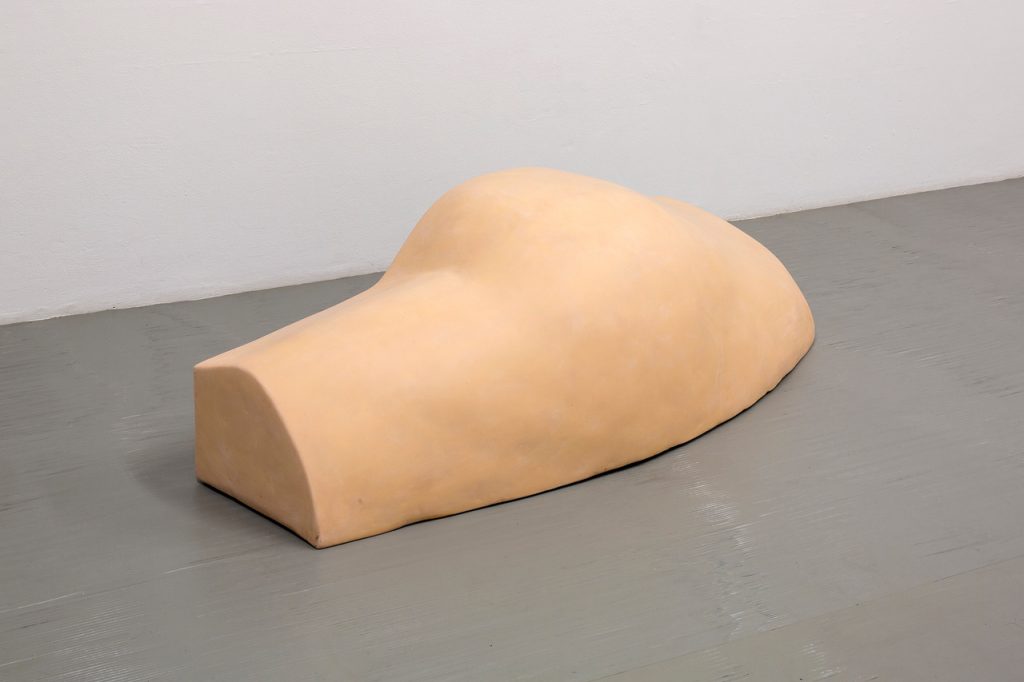 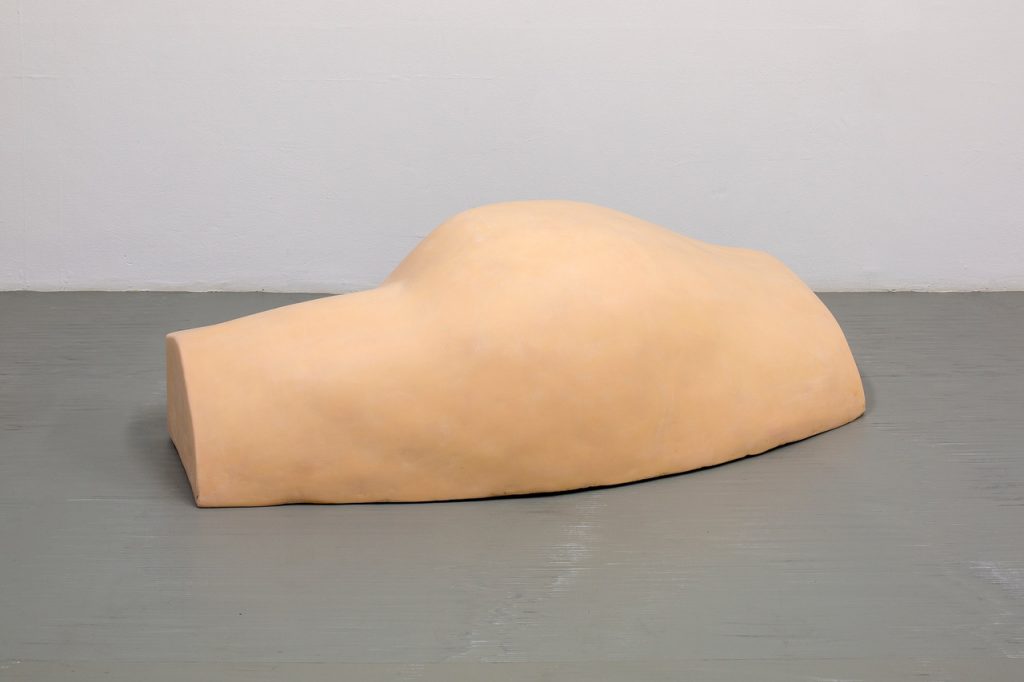 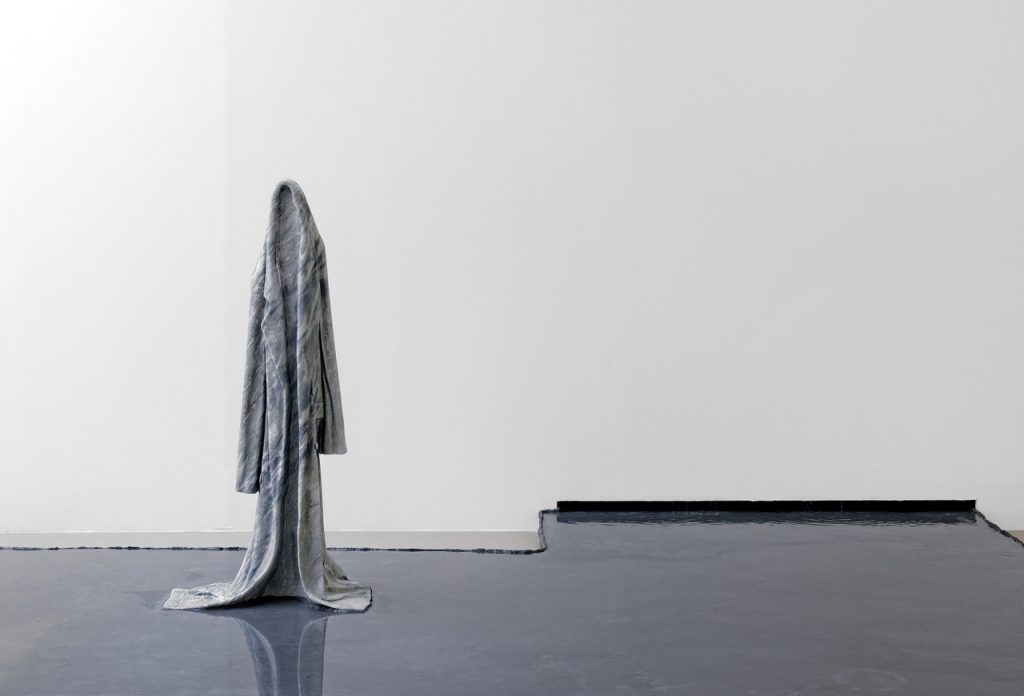 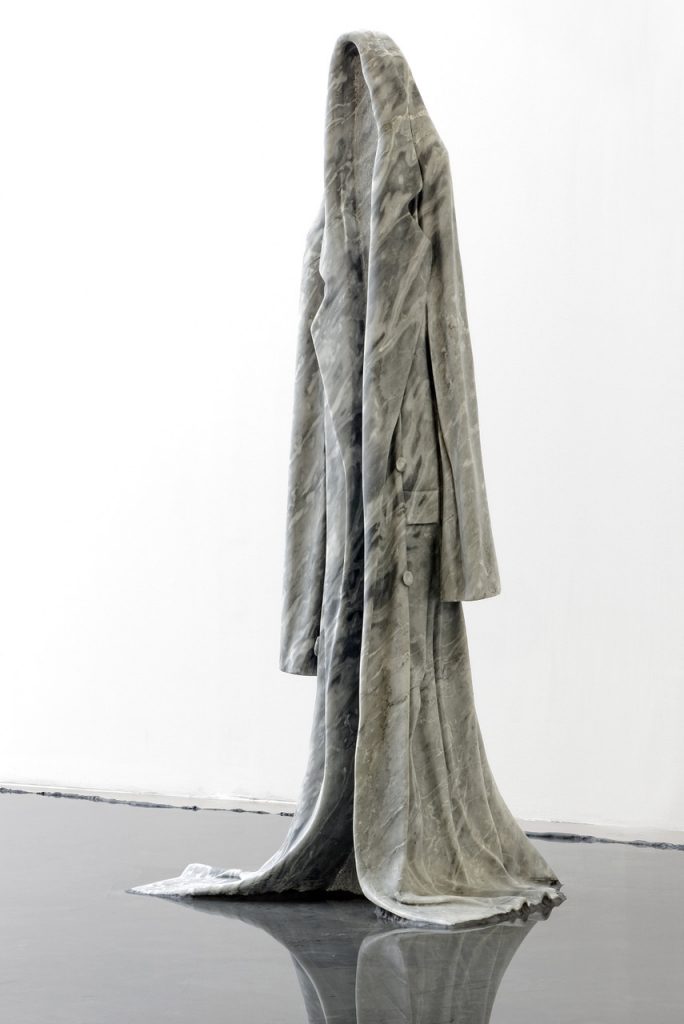 Lille, France 1971. Lives and works in New York. Guillaume Leblon’s work resists simplifying discourses as much as the enclosure of forms, developing a new sculptural landscape that favors a poetic connection to space and the world — promoting an active, mobile and open relationship. With a nuanced and intuitive vocabulary, his sculptures modify our perception of both the atmospheric and memorial dimensions of time and space by highlighting the physical potentialities of forms and materials.

He was nominated for the Prix Marcel Duchamp in 2011. Several solo shows have been devoted to his work in France, in particular by the CAC, in Ivry-sur-Seine in 2006; the Grand Café, Saint-Nazaire, in 2010; the Fondation d’Entreprise Ricard, Paris, in 2011; the Musée de Sérignan in 2012; the IAC, Villeurbanne, in 2014; and abroad at the Kunstverein, Dusseldorf, in 2006; the CGAC, Santiago de Compostela, in 2008; the Mudam, Luxembourg in 2009; the Mass Moca in 2013; the Contemporary Art Gallery, Vancouver, in 2015. Some of the more recent group exhibitions that have featured his work include: the Lyon Biennale in 2011; Pour un art pauvre at the Carré d’Art, Nîmes in 2011-12; the Rennes Biennale in 2012; and Une Histoire at the Centre Pompidou, Paris in 2014-16; L’usage des formes, at the Palais de Tokyo, Paris, in 2015 and Accrochage at Palazzo Grassi in 2016. Upcoming projects include a group show at Roundhouse/DuSable museum in Chicago in the fall, solo shows at Travesia Cuatro and Galerie Jocelyn Wolff in the fall, and SMAK in Gand in 2018.